Community Bridges is proud to showcase a restored mural at its headquarters at 519 Main St. in Watsonville. Muralist Guillermo “Yermo” Aranda, Santa Cruz County 2020 Artist of the Year, created the “Societies Light: Acknowledging and Empowering Women” mural to honor the history of forceful womyn, of indigenous cultures and in our Central Coast history. The mural acknowledges the local people and the lands we occupy in a powerful way.

We invite you to stop by and view this celebratory mural. But until then, please click on each of the five panels below to learn more about the stories depicted in the mural.a Murals: I apprenticed my first mural project in 1969, under Gilberto Ramirez, while a student at San Diego State College. Since then I have completed over 80 murals throughout the state of California. Working with acrylics, on occasion including sculptural relief and tiles. Murals have always been my favorite form of artistic expression, it includes community.

Fine Art Printmaking: I began my exploration of fine art printmaking in 1978, at the Native Images Studio in Santa Cruz, Ca., in apprenticeship to Daniel O. Stolpe. Later  studying under Howard Ikemoto (1987-89) at Cabrillo College in Aptos, Ca.

Acrylics: Since 1969 I have explored and experimented with a variety of techniques using acrylics. I enjoy the immediacy of color application, color upon color.

I use acrylics on canvas, masonite and concrete walls for mural painting.

Sculpture: I prefer earth clays, a mix of commercial clay with the natural clays found in its natural settings. Many of my sculptures took the form of ancient deities’, which I inlayed with cut tiles, jade, abalone, mother of pearl and turquoise. I have worked in two different foundry’s, where I learned to cast in bronze.

Silversmith: A very special media, I only work silver on special occasions. I enjoy overlays, inlays, and shadowbox. As well as working with stones of jade, and turquoise, or mother of pearl, abalone and coral.

Drawing: is my favorite media, I can work on a drawing for months, I enjoy the detail and control for realism the drawing media gives you. I have drawn with pencils, chalk, ink, pastels, washes, lithography crayons, and markers.

1986 – 2019, I have completed over seventy-five (75) murals in the Santa Cruz/Monterey County areas, over 95% of these murals were working with the youth of these communities.

1985 – 2019, Established the Aztec Dance Ceremony of “Xilonen” in Watsonville, Ca., it is the traditional rites of passage ceremony for young women. Young dancers come from throughout the Southwestern United States to participate.

The following people gave their time and talents to the creation of this mural. 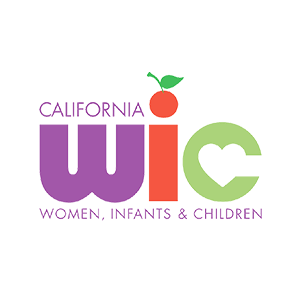 Coatlicue, ancient Pre-Columbian Earth Goddess of Life and Death, goddess of Fertility and Rebirth. Imagery consists of “Mother and child,” acknowledging their sacredness as Givers of Life, including an image of an Ohlone mother and child. The candle symbolizing the light womyn shine on society like a candle flame on an altar, constant, consistent and soft. This panel encompasses all the sacrifices a mother makes for her children. It depicts the Watsonville Cannery Strike, led by Mexican womyn, mothers, and many single parents that went on strike. Over 1000 workers, mostly womyn went on strike for over 18 months. During that time not one worker broke the strike by going back to work for the Watsonville Cannery. They organized and manned picket lines, confronted the police, and reorganized their Union, Teamsters Local 912. Their maintained solidarity and self- organization is still unparalleled in contemporary labor disputes. They made history that is seldom acknowledged. After the chaos comes rebirth, represented as a newborn emerging from out of the corn. A college graduate receiving her diploma. A Traditional Ceremony that acknowledges young womyn receiving their rites of passage, “Xilonen”. The retainment of our cultural heritage through the active participation of traditional ceremonies. The Pre-Colombian symbol for the Moon. Maize, the scared grain, a portion of the Aztec calendar, a documentation of time, a face of jade, peering through foliage of the rain forest, a subliminal image of resistance. The Spirit of the Eagle, the Quetzal, extending his wings across all panels. The Quetzal represents the sacredness of all that is precious and loved the most. The Sacred Moon Stone, Coyolxauhqui, daughter of Coatlique, who was sacrificed and thrown into the heavens to become the moon. The piñata, a time of celebration and ritual, symbolizing the release of the spirits of our relatives who have passed on. Children, because they were pure and innocent, would strike at the piñata. When it broke, all the spirits were released to continue their journey into the Spirit World. Quetzalcoatl, Lord of Light, the positive creative aspect of life. Symbolized as a serpent, constantly caressing Mother Earth, it’s plumes symbolizing the Eagle, that which is the closest to the Creator. The balance between Earth and Universe. The abundance of the Earth represented by the Rainforest, rich and thick of life and foliage. An Ohlone Village in its natural landscape, abundant with life and natural resources until it was colonized and the settlers developed it.